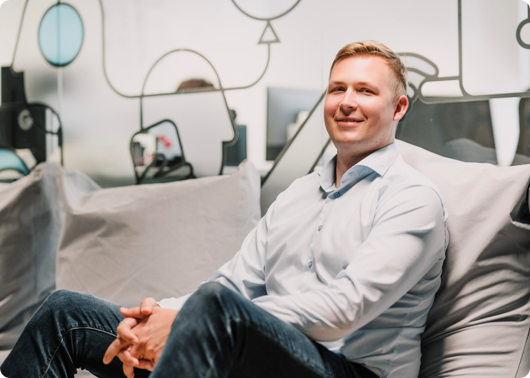 Insurance may not be the most glamorous of industries, but it can be lucrative, especially for those able to offer novel solutions to long-standing issues.

That’s what Estonian startup DriveX Technologies is trying to do for the automotive insurance industry, where it’s estimated that insurers lose billions of euros each year to fraudulent claims, as well as to convoluted manual processes and lost sales opportunities.

“There are a lot of VCs in Estonia who are doing similar types of businesses in other verticals.”

The problem with fraud, and it’s a huge issue, is insurance companies don’t even know how much they are paying out that they shouldn’t have paid. It’s really a hidden question,” says Rauno Sigur, DriveX’s chief executive and cofounder.

DriveX has a straightforward pitch to prospective customers: with us you can create a remote vehicle verification that will save you cost, time and also increase trustworthiness.

This is particularly important for rental or leasing companies, which need to continually check the condition of vehicles coming into and out of their lots.

Whereas in the past insurance claimants could upload their choice of images of scratched doors and broken windows, with little guarantee of their quality or trustworthiness, DriveX is focused on automating the process, beginning with pre-inspection.

“We identified the need to pre-inspect the vehicles when they sell the motor insurance policies, so we have developed an [AI] solution where they can get images of the cars in real time,” says Sigur, who cites a two-year-old study from the US that found that investing $1 into pre-inspection technologies or services saved companies on average $34 in fraudulent claims.

While automated vehicle inspection booths already exist, they’re expensive and focused on very detailed inspections. DriveX’s aim is to offer a quick, easy yet trustworthy alternative, using little more than a standard smartphone. Through DriveX, insurance companies send out an SMS to the policy buyer, who follows specific instructions on what images to submit through the app, which also notes the time and location. “There’s a standard set of pictures that are needed,” says Sigur. “The image is sent in near real-time to [DriveX’s AI] and we check the number plate, what position the car is in, how much time it took the user, where they were located etc,” he adds. DriveX can then generate a report of the car’s visual defects, as well as data like a car’s mileage.

Rauno experienced first-hand the convoluted and largely manual process involved in making an insurance claim when another driver reversed into his car last year. “That’s when it really clicked, because if a digital nation such as Estonia is so old-fashioned in that sense, how bad is it for other countries?” he says.

At the same time, insurance as a sector is highly conservative, partly because it is highly regulated. “They have a high entry barrier. There are not many early stage startups that can actually get over that hurdle. We’ve managed that based on trust,” he says.

The fact that their technology is also available on Microsoft Azure Marketplace also gives the company a certain stamp of approval, Sigur adds.

Even so, the company is trying not to oversell its product, and is being realistic on how much manual labour it can save companies, though it expects that to grow steadily over time. “We sell our technology as AI-assisted, which means there’s a certain extent of manual operations,” he says.

While there are other companies operating in the space — Sigur points to UK-based Tractable, which is developing complex AI to understand damages to cars and real estate, as well as Snapsheet in the US and Bdeo in Spain — Sigur believes that DriveX benefits strongly from its Estonian roots.

The country is often seen as a pioneer when it comes to digital solutions, and has a strong track record, producing tech giants like Skype, TransferWise and Bolt.

“I think the difference between them [our rivals] and us is that Estonian startups really try to be effective and build step-by-step with customers,” he says. DriveX has so far bootstrapped, but is working towards an angel round, with a seed round likely in the next 18 months.

Still, Estonia’s small population means that DriveX must look outside its borders to really grow.